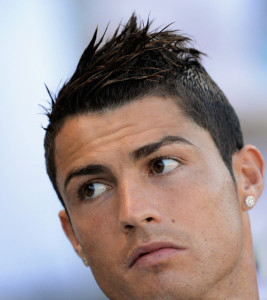 Cristiano Ronaldo was in Monaco on Thursday. The Portuguese was not on the Rock to engage with the club of the principality, but invited by the New York watch making Jacob & Co of which he is the ambassador.

About football, this destination is funny in the sense that several rumors sent the Real Madrid striker to AS Monaco. After posing for photographers, the Real Madrid star has agreed to answer some questions. In the columns of Nice-Matin, Cristiano Ronaldo has kindly given his opinion on the project of ASM.

“This is a good club with a fantastic owner. Monaco is back in League 1. I wish them the best because there are two Portuguese in the team, but also Falcao and J. Rodriguez, ” he said.
“I will not say that I will never come in this club but now I’m happy at Real Madrid. I just want to come to Monaco for the holidays! ”

“I’m just here to enjoy the day and holidays. Regarding my future, you’ll know soon. “