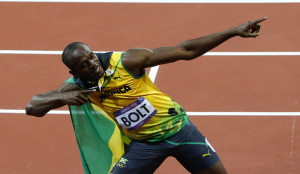 The best on the athletics track, Usain Bolt still has the eyes fixed on the lawn.

Currently in Paris for the Meeting of Areva, the Jamaican knows the news of sports.

Invited by Le Parisien to answer questions relating to his last football game and last anger, the six-time Olympic champion suggested “Brazil – Spain in the final of the Confederations Cup. I’m a big football fan, particularly of the Argentina team…

“It was when playing in Call of Duty, I cannot stand to lose! I always want to win, even when playing video games. Otherwise, I rarely fight. In general, I try to avoid conflict, whether with my opponents or teammates. “