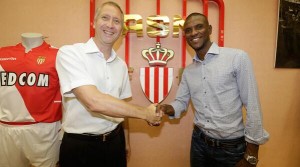 This is what has been unveiled on the Twitter of the principality Club. Eric Abidal has just signed in AS Monaco which continues its recruitment of luxury. The French side without a club since his leaving in June of FC Barcelona returns to the club where he began. In recent days, the trail to a comeback had become possible.

AS Monaco who has already spent more than 140 million euros on the market has clearly not finished. Among the big names who have joined the club since the opening of the transfer window, Falcao, Moutinho, Rodriguez, Carvalho, now Abidal and Toulalan.