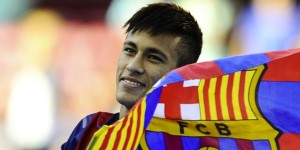 David Luiz, courted by PSG and Bayern Munich is in the viewfinder of Barcelona.
According to the Dayly Mail, Barcelona, facing the intransigence of the PSG on Thiago Silva, would secure the services of the Chelsea defender.
The Blaugrans would have made a first offer of 35 million Euros for the Brazilian central defender rejected by the Blues.
David Luiz arrived at Stamford Bridge in 2011 from Benfica for € 24 million (further, included in the transaction, the Serbian midfielder Nemanja Matic).