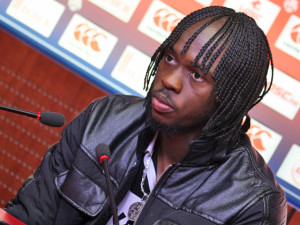 The former Lille striker, Gervinho could join Rudi Garcia in AS Roma.

The Wolf has obviously decided to go on the offensive for the transfer window. After the arrival of the official Moroccan defender Mehdi Benatia for 5 years, the Italian team now thinks of Gervinho.
In lack of playing time with the Gunners, the former player of Le Mans and Lille could be object to an offer from Roma.
The Italian club would be willing to make an offer of around € 8 million to secure the services of the Arsenal player under contract until June 2015. A 4 year contract would await the player.
Becoming a luxurious destitute on the Emirates Stadium, the Ivorian international, also tracked by the OM or Galatasaray has not yet decided what action to take in his career.