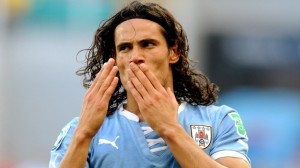 As Africa Top Sports reported since yesterday Edinson Cavani has arrived in Paris this morning.

The Uruguayan striker of Naples landed Monday morning in Paris, and found Leonardo, the sporting director, in a prestigious hotel in the capital. The Brazilian is on leave but managed to come at the end of this dossier.

Cavani has to go to the Pitié-Salpêtrière hospital. And once the stamp of the doctor, he will sign in PSG. He is becoming the most expensive player in the history of the L1, with a transfer fee estimated at € 64 million and an annual salary of 10 million Euros.

He is thinking that Manchester City is doing the impossible to bring the Swedish as Africa Top Sports.com reported.