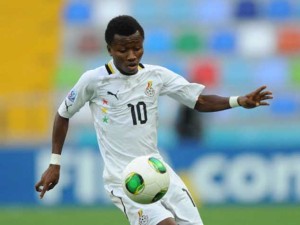 It is the Catalan daily Sport that reveals the information. FC Barcelona is interested in Clifford Aboagye, young midfielder discovered during last U20 World Cup. The daily indicates that recruiters of the Spanish club were present in Turkey to watch him and have been seduced by his technical ease and quality of passes.

His performances have earned him the title of Bronze Ball of the Competition (third best player behind Pogba and Lopez). Sport also announced that Udinese is also in line to enlist the young player of (18 years). However, Aboagye has already stated that his football model is the one played by FC Barcelona. What could facilitate his integration into the Masia. With Aboagye, Ghana finished 3rd in the World Cup.