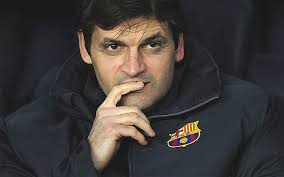 Tito Vilanova gives back his apron. The Spanish technician resigned as coach of FC Barcelona because of his health, said the Spanish daily El Mundo Deportivo and Sport.

But nothing has filtered the side of the Catalan club unless a press conference which will be hosted by President Sandro Rosell and the sporting director Andoni Zubizarreta.

This is only a relapse since, the current coach who replaced Pep Guardiola, went away to Bayern Munich had the discomfort due to throat cancer last December. He had to take his place on the bench after treatment in the United States.