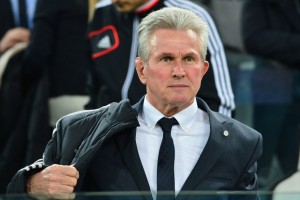 After the withdrawal of Tito Vilanova (sick) from the bench of FC Barcelona, a favorites list has been established for his succession. And Jupp Heynckes (67 years) was among the coaches who could replace Vilanova.

But here, the German coach, author of a historic treble with Bayern Munich last season (league and cup, Champions League) is not ready to put on the coach jacket. “I think it would now be impossible for me to head a new club after what I experienced at Bayern Munich,” he told the German Sky Sports News channel.
The former coach of Real Madrid (1997-1998), replaced on the bench of Bayern by Pep Guardiola at the end of his contract, said already having a busy schedule: “I’m busy, I have my hobbies, I practice sports, I take care of my dogs and my large garden. “
Barça hopes to announce the identity of its new coach in the coming hours.