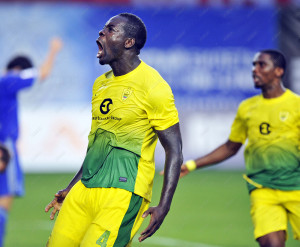 This is not a good start in the season for Anzhi Makhchkala. The team of Samuel Eto’o bowed Friday for its second day of the year. It is the Dinamo of Moscow defeated the men of the Dagestan 2-1. Anzhi has 1 point in two days.

Yet Anzhi restored parity after being led by 0-1 (Solomatin, 26th). It is the Congolese Christopher Samba who returned home after six months at QPR who scored. This despite the numerical inferiority of his team. The Brazilian Ewerton was expelled in the 33rd minute. But eventually, the Russians have won the thread with a penalty converted by the former Liverpool player Andrei Voronin at the end of the extra time (90 +6).

During the first day, Anzhi was held in check 2-2 to the chagrin of Samuel Eto’o.