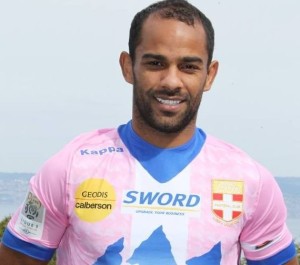 Announced as very close to Montpellier, Saber Khlifa has not yet arrived in the Herault. This issue seems to have compromised the Tunisian international.
The MHHC should hire the services of Khlifa for the new season for a transfer fee of € 2.5 million.
But, the Deputy Chairman of the club, Louis Nicollin, ended last Monday a possible arrival of the striker, saying: “The offer made was denied, so it’s over.” however, the Belgian newspaper La Derniere Heure indicates that, contrary to what Louis Nicollin in the Midi-Libre, the ransfer of Saber Khlifa to Montpellier could still happen.
Several clubs have expressed interest in the Tunisian player (Lyon, Lille, Marseille, Rennes, Mönchengladbach). According to So Foot, Celtic was also launched in the course for the Carthage Eagles striker.

Neil Lennon, the manager of Scottish club would indeed increase the “firepower” of the attack for the third qualifying round of the Champions League.

Celtic wants to secure the services of the author of the best goal in the L1.