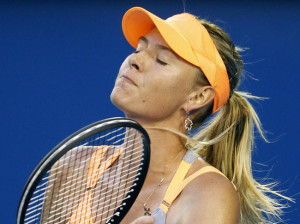 Maria Sharapova draws a line on the WTA tournament in Toronto. Absent from the circuit since her elimination in the second round of Wimbledon, the World No. 2 had to withdraw for the the Canadian tournament because of an injury to her left hip contracted on the Londonian grass.

“I am very disappointed for not being able to play in Toronto next week, because this is one of my favorite tournaments and one of the most important of the season,” said the Russian. She added “I was hoping to be fit for my return to my Canadian fans but unfortunately I’m still recovering.”

We will not therefore find Sharapova on the field of Uniprix Stadium complex for the tournament which will be held from 5 to 11 August.