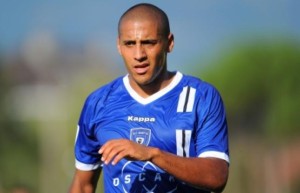 Wahbi Khazri had only one desire: to join AS Etienne. But the Tunisian will not take the road of Drill. The Etienne leaders have abandoned the path that led to the player of Bastia. Now everything seems to indicate that the Tunisian international could cross the Alps to Italy.

The new destination of Eagle of Carthage would not be another club in Ligue 1, but the Serie A.
The midfielder has already been courted by the newly promoted in the Italian championship, Sassuolo. To believe RMC, the townsfolk would be in the viewfinder of AS Roma. Rudi Garcia the new coach of the Wolf would engage the services of the Tunisian. Roma could try to buy some contractual rights of Wahbi Khazri to be able to rely on him next season.
While a good output was granted by the Corsican club for its midfielder up to € 900,000, the player would eventually be able to join the Greens for about € 2 million but payment terms have scuppered the transfer. Wishing to leave the Corsican club Wahbi Khazri could fly across the Alps and try his luck in Serie A.