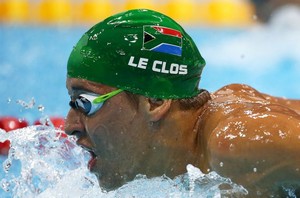 They were highly anticipated and did not fail. The South African Olympic champions, Cameron Van Der Burgh and Chad Le Clos dominated respectively the semi-finals of 50 meter breaststroke and 200-meter butterfly.

The first blew up his semi-final in a barrel time (26” 81). In comparison, the winner of the other semi, the Slovenian Damir Dugonjic signs with the second total time a new European record in 26” 81. Van Der Burgh is more than ever favorite for Wednesday’s final with line of sight, his own world record (26” 67) established in London last summer. He will be joined in the finals by his compatriot Giulio Zorzi, qualified eighth and in final position for four hundredths (27’44)!

Also favorite of the semifinals, Chad Le Clos pressed on the accelerator in the 200 meters butterfly. In 1’55” 33, the record of Michael Phelps (1’51” 51) is a priori inaccessible, but the message sent to the American Tyler Clary, his main rival for the title, is very clear. He will also have to be wary of the Chinese Peng Wu and the Polish Pavel Korzeniowski in the final.

These girls who break world records 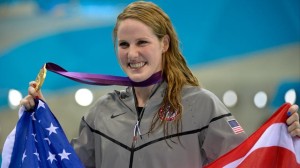 There were many other times to remember this third day of World Swimming. The title of Yannick Agnel, wide ruler of the 200-meter freestyle (no medal for Ryan Lochte, 4th), or disappointments of the French Jeremy Stravius (3rd) and Camille Lacourt (5th) who aimed at doubling the 100 meter backstroke, two years after sharing the gold in Shanghai.

The first Olympic champion in the 800 meters in London splashed his talent in the final of 1,500 meters. Long in struggle with Norway’s Lotte Friis, the young American was able to sail at the right time to spray (15’36” 53) the former world record (15’42” 54), owned by her fellow Kate Ziegler since 2007, and therefore never beaten by the era of polyurethane swimsuits. “I knew we were on a very good foundation, and we swam really fast. I knew that the one that would win our duel would probably break the world record. I really had to do my utmost to overcome her, and break the record. A world record, it is nothing. I didn’t know who touched the wall first. And in the last 200 meters, I realized I could finally accelerate and take the upper hand. “ 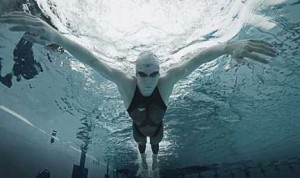 What do we think the IOC, which has not yet included the 1,500 meters in women’s Olympic program…?

The second “baby star” of the day did not wait for the final before lowering the reference mark on her specialty. From the semi-finals of the 100 meters breaststroke on Monday night, Ruta Meilutyte had created the feat by finishing her trip in 1’04” 35, a tenth of the time better than the one realized at home in 2009 by the American Jessica Hardy, bronze medalist on Tuesday. Suddenly, the new darling of the Palau Sant Jordi has multiplied the demand of the public, which was expecting a new record in the final. For seven hundredths, the new Lithuanian fans will not be entitled to this new record since Meilutyte is enjoying of the gold in 1’34” 42.

The fans of the Lithuanian 16 years will still have another opportunity to see a record broken. In the epilogue of the World championship on Sunday, Ruta Meilutyte should be present in the final 50 meters breaststroke, but Jessica Hardy, again will take revenge, she who still holds the world record for the specialty. For which time?