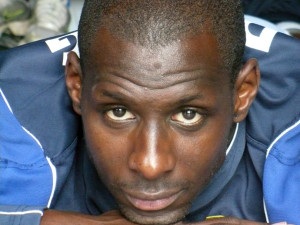 Yohann Thuram-Ulien will henceforward evolve in the colors of Standard Liege. The Guadeloupean goalkeeper left France to continue his career in Belgium. Author of an excellent season in the cages Troyes last season, the Caribbean has unfortunately been unable to prevent the relegation of ESTAC. The French guard will therefore not continue in League 2 but rather in the Jupiler Pro League.

His transfer to the Standard has undergone various vicissitudes. In an interview with L’Est-Éclair, the nephew of Lilian Thuram returned to his transfer window a little special.
“I always said I wanted to focus on League 1. I wanted to confirm after one season. But the market is difficult for the guards. I still wanted to wait to see if there was a door that opened. Finally I had to opt for abroad. Time will tell if I made the right choice. But today, I have no regrets. It did not happen the way I expected, for sure. I hurt people important to me but I have not had much time to think. “

“I made a mistake, I deviated from the road once, and I’ve apologized. This was the most difficult decision of my little career but I assume it. I thought about my future, I had to borrow unusual ways to make it come through. But I would never stand doing that if the two clubs did not agree on the transfer. Last week, I had more news, I honestly thought it was over; I had a discussion with the coach to tell him that I turned towards Estac. I really thought of playing at Niort. And then all rushed on Sunday evening. The president of Standard recalled me to tell me that it had dragged enough, he really wanted me and had to finish with this transfer, I had the cards. Well, I was in a dilemma, but I felt that I had to act quickly. I was under pressure. I knew that whatever happened, I would create the disappointment. I preferred to go. I really did not want to miss this opportunity. “