Back to Stamforbridge after his loan last season at West Bromwich Albion, Romelu Lukaka seems to be more seasoned. Author of 17 goals in 35 Premier League games, the athletic striker 1m 91 confirms his full potential. Questioned in the corridors of the Emirates Stadium in London at the Emirates Cup with Galatasaray, Didier Drogba did not fail to talk about his possible successor in the hearts of the fans of blues.

“Lukaku knows all the goods I think about him. He has a lot to improve, but he has already started last year in West Bromwich, where he had a fantastic season, he says. He is snatching confidence, he is a young player. With Jose Mourinho, he will really make progress. He is the future of the club. He has confidence in him, he proved it last season, and he will make a great season, I know. “

The red devil never ceases to shake the nets: 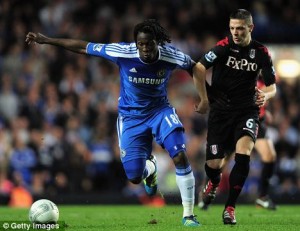