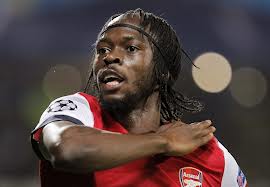 As the Africa Top Sports.com reported except last minute reversal, the Ivorian striker Gervinho will sign a 4 year contract with AS Roma.

The player will leave Arsenal. The transfer fee is estimated at 8 million Euros plus bonus. The former Lille player will meet among the Giallorossi his former coach Rudi Garcia, with whom he was champion of France.

He should undergo his medical examination this morning.

Lyon and Galatasaray are also positioned on the file but the Italian club proved convincing to get the Ivorian.

He  should earn a salary of € 2.7 million per season and be associated with the attack of the Roman club with Francesco Totti and Erik Lamela.