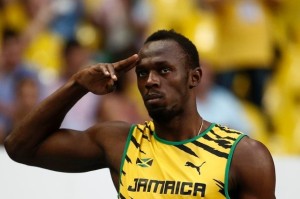 Usain Bolt spread again his class in the world sprint Sunday in Moscow at the World Athletics. The Jamaican has again been impressive with ease to the image of his countrymen. Four sprinters from the island are among the top five.

An outstanding performance that deserves respect. Usain Bolt just controlled the race despite a whirlwind return of the American Justin Gatlin.