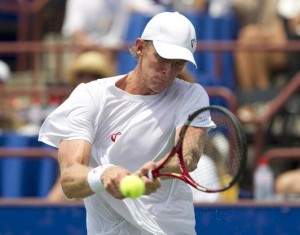 New sour note for Kevin Anderson (19th World player). As in the Masters 1000 Montreal, the South African packs his shoes right at the entry of the heat of Cincinnati. Opposed to the German veteran Tommy Haas, Anderson bowed in straight sets 6/4, 6/4 after 1 hour 08 minutes of game.

Anderson will have to recover his tennis before the last Grand Slam of the season: the U.S. Open (August 26 to September 8).

Seeded No. 11 Tommy Haas will cross the racket in the second round against the Spaniard Marcel Granollers who defeated the Czech Lukas Rosol after losing the first set, 5/7, 6/4, 6/0.