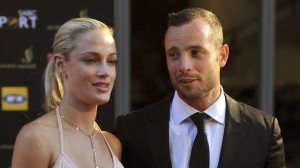 For slightly, we would have almost forgotten the case!

Oscar Pistorius had killed his girlfriend on the evening of Valentine’s Day. In his defense, he said he had taken her for a burglar.

“We have finalized the indictment, which has a long list of charges. The act will be released on August 19. “

That day, the supermodel Reeva Steenkamp – would have celebrated her 30th anniversary.

This new procedural hearing is a prerequisite to the opening of the trial to be held next year.

Oscar Pistorius is 26 years old. One year ago, he was at the peak of his fame after participating in the London Olympics by becoming the first disabled to align with the valid male athlete. He ran with prostheses shaped like feline legs that earned him the nickname “Blade Runner.”