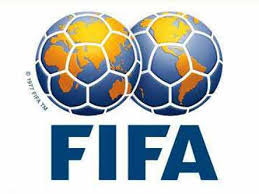 Several African teams are programmed this Wednesday as part of the FIFA day. A day that will allow the different teams to gauge the form of their players before the final day of the 2014 World Cup playoffs in September.

Some enticing posters will certainly interest the continental football fans. Senegal, which must wait until next month to validate his ticket to the final round of the 2014 Brazil World, will face Zambia. The Chipolopolo also reprieved will travel to Ghana. A meeting without Demba Ba or Mbaye Niang who finally refuted the calling of Giresse.

Algeria has already its ticket pocketed. But Vahid Halilhodzic always looking to strengthen its effective got Ishak Belfodil arrival. The new player of Inter Milan will celebrate against Guinea his debut with the Fennecs.

Large English explanation between South Africa and Nigeria to honor the memory of the first black president of South Africa in the Nelson Mandela Challenge. Both teams are not yet certain to be in Brazil but there is still a light of hope.

Ivory Coast finds Didier Drogba. But it will do without several of its holders against Mexico. A friendly match of prestige that take place in the United States.

Cameroon has not planned a friendly but just merely a grouping in the Parisian suburb. They also rejoice to find their captain after two months away. Other matches such as Turkey-Ghana, Congo-Tunisia and Morocco-Burkina Faso are part of the program.

The friendly matches of August 14: