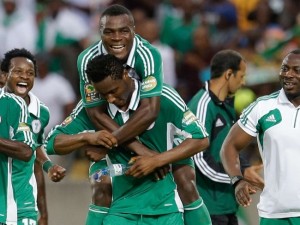 Stephen Keshi may be worried. The coach of Nigeria will do without several of his best players this Wednesday in the friendly match against South Africa. A meeting that is part of the Nelson Mandela Challenge, 18th edition. Emmanuel Emenike who had not appeared in the selection for the quarter finals of the 2013 Afcon of which he finished top scorer will wait.

New recruit of Fenerbahce, the attacker asked his coach to be excused from the meeting in order to better integrate with his new formation. The defender Omeruo is injured, as well as John Obi Mikel. The Chelsea midfielder is suffering from stomach pain and his club has sent a letter to the NFF to signify his unavailability.

In front, it is not serenity either. After his selection, the coach of Bafana Bafana has released six players from the club of Orlando Pirates summoned. A request of the formation of PSL that wants to prepare its African Champions League match next weekend against Zamalek.

While he did not called for any replacement Gordon Igesund will also have to do without Anele Ncgongca, deprived of being in selection by his Belgian club Genk.