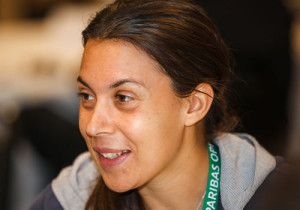 As she announced last week her retirement, Marion Bartoli has already found a job. The French number one has announced that he will participate in the U.S. Open from August 26 to September 9. Not as a player but a consultant for the Eurosport channel.

“Very happy to announce that I will be part of the team @ Eurosport for this U.S. Open alongside AmeMauresmo @ @ EmilieLoit” announced the winner of Wimbledon 2012 on her Twitter account. She will form a trident with Amelie Mauresmo, Emilie Loit and Patrick Mouratoglou, coach of Serena Williams and John Paul Loth.

While many observers still believe in a possible return of the French champion, the latter said she would not change her mind very sooner.