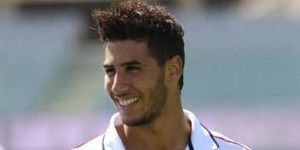 As we announced you Tuesday, Saphir Taïder is in Lombardy. The player is engaged with Inter Milan. The Algerian midfielder has signed for four years with the club Nerazzurro. After the heyday of Bologna, the Algerian international now wears the colors of Inter in Serie A.
“I’m very happy, i thank Bologna for letting me go and also Inter that gives me the opportunity to play for a big club. What is Inter for me? This is a great team that won all, I’m happy, “said Sky Sport 24 relayed by internazionale.fr.
The Fennec is committed with the Lombard club for the next four years against a fee of € 5.5 million. In his first season with the Nerazzurro jersey, the midfielder will receive 800,000 Euros net of taxes.
Arrived in Bologna in 2011, Taïder played 51 matches in the rossoblu jersey and scored 5 goals.