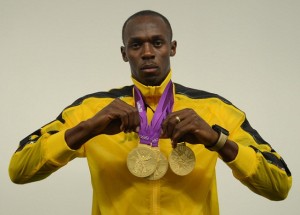 Usain Bolt, the star of the last World Championships in Athletics, may not participate in the next Olympics. This is because of the anti-doping program of Jamaica in the sights of the WADA (World Anti-Doping Agency).

He is particularly criticized in the Caribbean island for not making enough controls during the year, leaving in place many suspicions. According to Eurosport citing the AMA in 2012, only 106 doping tests were conducted in Jamaica. “A ridiculously small number if we compare it to the 4051 made in the United States, with 15,854 in Russia, 10,066 in China, and 8077 in Germany. We discover that Jamaica practice almost the same number of control that Malta and Slovenia and less than Iran or Iceland “.

Suspicions that begin to be confirmed by the confessions of five Jamaican athletes tested positive a few weeks ago including the former world champion Asafa Powell. Jamaica could thus be evicted from international competitions if it does not comply with the provisions.