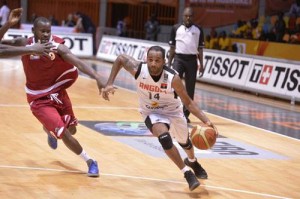 Angola held its position against the Central African Republic in the last match of Group C. With four players with 12 points and Reggie Moore (18 points, 6 rebounds) and Carlos Morais (18 pts, 6 assists and 8 defensive rebounds), the vice-champion has defeated the Central 85-80.

Dominating in the paint, Angola, made the race throughout the match, making sure the top of the group with three wins in as many games. The opposite of Tony White (17 pts), the Best Central scorer and teammates. After three defeats in a row, the last class to Central pool and intersect in the eighth finals leading Group D on August 27. Cape Verde takes the second place after its victory against Mozambique.