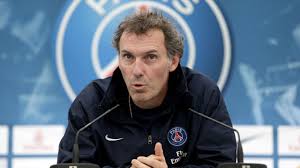 PSG finally won and outside by 2-1 against Nantes in the third day of the French League 1 after two draws against Ajaccio and Montpellier 1-1 – but it was laborious! Cavani scored his second goal of the season, and Lavezzi has increased the score in the 73rd. Nantes had reduced the score in the 52nd by Alex Costa

Tonight PSG still has not really surprised even if they take three valuable points. They are four points behind the leader Marseille, winner of the day after his victory at Valenciennes – 1-0 –

Laurent Blanc, the coach breathes a little bit. He told AFP: “I hope this victory is the first of a long series. It was acquired in pain, but it is the more valuable. I think we would have had a slightly easier match. Our early season was complicated, even victories are complicated. We do not maybe have the lucidity to do our best. Once again, I think the players are not yet physically fit. Our start of the second period was very difficult; they put pressure, aggressiveness and we struggled to answer. Every game should allow us to get closer to the physical fitness that we must have. We had good intentions, but we have difficulties in achieving them because we were not physically fit. It will come, that’s for sure. “