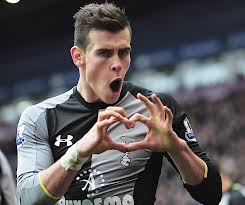 Will come? Will not? Gareth Bale left England! He did not attend the day before yesterday at White Hart Lane the match of “his” team Tottenham against Swansea as Africa Top Sports.com had reported!

And of course the Welsh international is already in Spain, in Marbella where the player and his family are accustomed to.

He expects to sign his new contract; what he would have already done this weekend! But still nothing today! It becomes a joke!

Tottenham, the English club has yet finally yielded to € 99 million, for the transfer of Gareth Bale to Real Madrid.

For Real Madrid, it’s a record! The club had spent $ 94 million in 2009 to obtain the Portuguese Cristiano Ronaldo who played previously at Manchester United. It was the biggest transfer so far.

But Barcelona is scandalized!

His new coach, Tata Martino said: “The cost of this transfer seems almost disrespectful to the world in general. Beyond that, it’s a good player. “