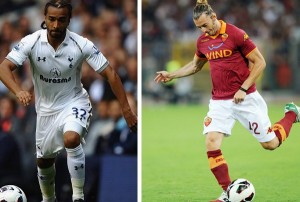 AS Roma is announced on all shots during the end of the summer transfer window. The club led by Rudi Garcia announced in the footsteps of Bafé Gomis would also be interested in the profile of the Cameroonian defender Benoit Assou-Ekotto (29).

According to Sky Sport Italia, the Giallorossi interested in the Chelsea striker Demba Ba, Tottenham have raised the possibility of an exchange between Federico Balzaretti (31 years) under contract until 2015 and the indomitable Lion of the Hotspurs.

Although there is calm since the former lens player was dismissed from the pro of Tottenham, as the Togolese Emmanuel Adebayor , he will not be against the idea of finding the competition.