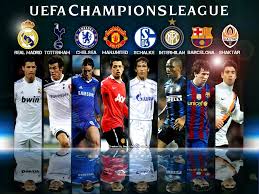 This Thursday, will take place the draw for the group stage of the 2013-2014 European Champions League. The ceremony will place in Monaco, France.

32 trainings divided into four pools of 8 are waiting to know their fate. In pool 1 are some favorites like Bayern Munich, the trophy holder, Real Madrid and FC Barcelona.

Pool 2 contains some equally scary teams such as AC Milan, Juventus and PSG.

Despite its presence in the pool 4 of Real Sociedad that defeated Lyon in Wednesday in dams will figure as scarecrow. As well as Borussia Dortmund Vice European champion.