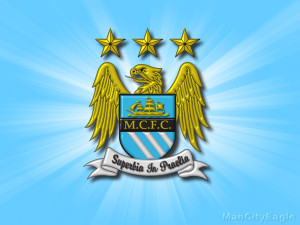 Manchester City today after a tough game between Hull City finally won by 2-0, Hull City created all the better chances in the game but could not make good use of it With Sone Aluko missing the  closest chance in the game but fired wide from the post. Substitute Alvaro Negredo headed home just after the hour mark before Yaya Toure curled in a delightful late free-kick, but City were well below their best throughout this frantic encounter.
Hull City’s work-rate  was very admirable,they did not sit back and defend in numbers. At times they were progressive and pragmatic, creating a series of first-half opportunities they went on to squander, letting City and Pellegrini off the hook. Hull continued to threaten after the break, with Graham firing over after more confusion in the City defence, but the introduction of Negredo did give City a cutting edge.
Within some minutes of his introduction, he gave Hull’s goalie McGregor a test. Man City then began to show signs of life and started mounting pressure on Hull’s defence Aguero combined with Navas wide on the right flank and Negredo rose highest to head in Pablo Zabaleta’s cross from close range. The relief was obvious, both for Pellegrini and the City fans, but there was still work to do.
Hull continued to push and it wasn’t until Toure strode forward in the 89th minute to curl a wonderful free-kick up and over the wall and beyond McGregor that they finally relaxed.