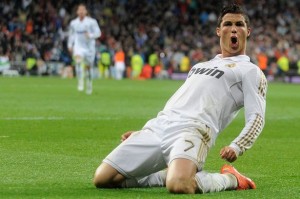 Third win in three games for Real Madrid. The club of Carlo Ancelotti has won Sunday 3-1 against Athletic Bilbao at the Santiago Bernabeu.

Isco opened the scoring for the Merengues and scored a second goal late in the game.

Cristiano Ronaldo silent since the beginning of the season took responsibility and registered the second goal for his team just before the halftime. On a free kick from Di Maria, the Portuguese alone in the penalty box adjusts with a head butt the opposing goal;

Real Madrid is already in full swing. But the White House is still waiting for Gareth Bale, the transfer should be formalized today or tomorrow.
View the goal of Ronaldo!