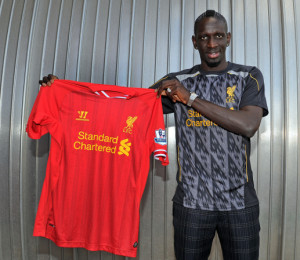 In the tribune this Sunday during Liverpool‘s victory against Manchester United (1-0), Mamadou Sakho has finally signed his contract with the Reds. The club, current leader of the Premier League formalized, announcing the signing on its website. The former player of Paris Saint Germain took a picture with the club jersey.

The contract duration is 4 years and his salary is 400 000 Euros per month. The Franco-Senegalese is the seventh new recruit of the club since the start of the transfer window.