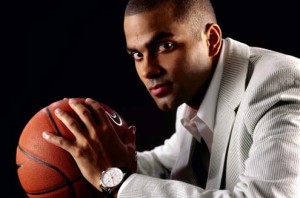 The 38th edition of the Eurobasket will be held from September 4 to 22 in Slovenia. From this Wednesday, it will take nearly three weeks to decide among the 24 teams on the start line in Slovenia the 38th European basketball champion.
A few hours before the start of the competition, Tony Parker spoke about his physical condition and performance in the columns of L’Equipe.

“Euro 2011 was very important for my career. I really dominated the European basketball and when I returned to Spurs, Pop has said it was time to make the transition between Tim (Duncan) and me. Since then, I played my best basketball. It’s been two seasons now that I’m in the top 5 MVP of the NBA, and not only at post! I cannot play better. All I can do is try to maintain this level for another three or four years. “