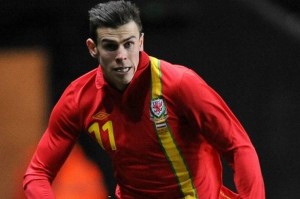 Some believed Gareth Bale’s transfer to Real Madrid will be a boost to the Wales team as his experience will bring a huge change to the Wales side but wales manager chris coleman  thinks otherwise as he said in the Wales News conference today that Bale will not play 90 minutes in either of the upcoming World Cup qualifying matches against Macedonia and Serbia.
Coleman was quick to confirm the 24-year-old has taken a “full part” in training with the squad on Tuesday. Gareth Bale on the other hand is hoping to feature fully in Wales’ forthcoming World Cup qualifiers  so he will be fit enough to make his Real Madrid debut when he returns from international duty.
The Wale international is now the world’s most expensive player.