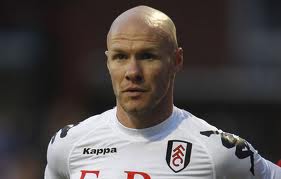 Queens Park Rangers striker Andy Johnson says he is 100% committed to the club despite holding talks with Crystal Palace on Monday. The 32-year-old former Everton and England player saw a return to Palace, one of his former clubs, collapse.
“The interest from Palace was flattering but I never once asked for a transfer,” said Johnson. “I owe it to QPR, who stood by me when I was injured last season, to stay and help get this club back to the Premier League.”