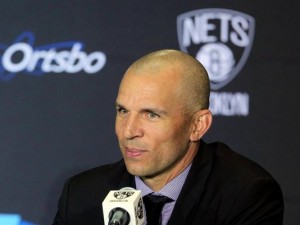 This is the result of the sale of shares of the Jay-Z in the New York franchise. According to the New York Post, the rapper, the Roc Nation boss, was asked by the Russian leadership of the Brooklyn Nets to sell his shares in order not to create a conflict of interest with his subsidiaries of Roc Nation Sport of which Kevin Durant is part among others. Jay-Z has sold his shares to the newly retired Jason Kidd for the sum of $ 500 000.

The former leader of the Mavs named head coach of the franchise of Brooklyn therefore holds 0.067% of the capital. Something desired by the leaders of the franchise if we can stick to a source close to the file. “The leaders wanted Jason Kidd to become an integral member of the team, reports insidebasket. They wanted him to be the owner of the team that is why they put pressure on Jay-Z to sell his out quickly. “