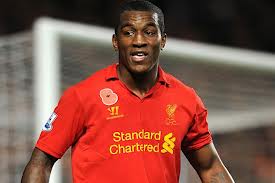 New England Under-21 captain Andre Wisdom says the experience of playing and training alongside Liverpool team-mate Steven Gerrard will help him to become a successful skipper.
Reds defender Wisdom, 20, has been named as Young Lions manager Gareth Southgate’s permanent skipper and will lead the team out on Thursday for their opening European Championship qualifier against Moldova.

“Steven Gerrard is a great captain for club and country,” he said. “You can learn a lot from him, especially being young. Training with him every day I see the way he presents himself and the way he lifts teams in time of need”.