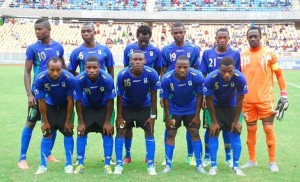 It is without its two strikers of TP Mazembe, Mbwana Samatta and Thomas Ulimwengu that Tanzania will play the last match of the group phase of the African zone qualifiers of the 2014 World Cup.

Both players of the Ravens had to forfeit the match which will be held this September 7 in Baku against Gambia. Shot in the ankle during the match of the AFC Cup against CA Bizerte (1-0), Samatta suffers from a sprained and Thomas Ulimwengu was bedridden since Sunday due to a bout of malaria. Both players have therefore remained in Lubumbashi to “heal,” said the club’s doctor.

This match between Gambia and the Taifa Stars of Tanzania has no consequence for the rest of the playoffs in their group, where Ivory Coast with 13 points is already qualified for the final round.