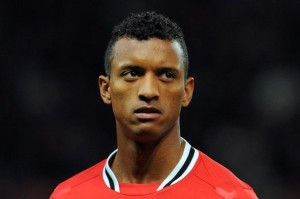 Portuguese Winger Nani has sign a new five-year contract with Manchester United to June 2018. The 26-year-old joined Manchester United in May 2007 and has won four Premier League titles, two League Cups, a Fifa Club World Cup and the Champions League in his six seasons at Old Trafford.
“Playing at United has been a fantastic experience for me. When I came to the club, I never imagined the success we have enjoyed. I’m very happy that the new manager has shown this faith in me and I’m looking forward to helping the team compete for more honours this season.”Nani says