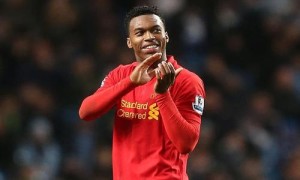 Liverpool striker Daniel Sturride now becomes the fourth England striker to be ruled out of tuesday’s World Cup qualify match against Ukraine. Sturridge had the injury in liverpools league game against Manchester United forcing him to miss the World cup qualify game between England and Moldova of which England won by 4-0.
“The English FA can confirm that Daniel Sturridge will not return to the England squad ahead of the World Cup qualifier with Ukraine on Tuesday,” said the FA in a statement.
This will be a massive blow to the English coach Roy Hodgson.