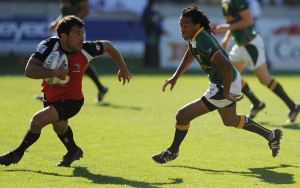 Looking back at previous years, it looks like the best have been saved for the last, the NRL top four are now racing the clock to rediscover their mojo ahead of a premiership tilt that appears anyone’s for the taking. The indifferent form of the competition’s standout teams is highlighted by the fact the most in-form side heading into the finals is eighth-placed North Queensland – who won six on the trot to nab the last finals berth.
Perhaps it was a symptom of having little to play for over the closing rounds, when arch-rivals Sydney Roosters and South Sydney were locked into the top two and Manly and Melbourne were unable to be ousted from third and fourth.
Certainly Manly – having crushed the Storm the previous week – looked a little flat against Penrith on Sunday, the loss dropping them to fourth and a qualifying final match-up against minor premiers the Roosters.

The Rabbitohs now face a Storm side they haven’t beaten in 2013 in the other qualifying final at ANZ Stadium on Friday night, with concerns still lingering over Greg Inglis’ knee.

Melbourne aren’t exactly setting the world on fire either however, needing golden point to beat Gold Coast at home on Saturday a week after going down 28-8 to the Sea Eagles.
The winners of the qualifying finals earn a week off and will have home city advantage in the preliminary final, but Toovey played down the importance of victory next weekend.
“No you don’t have to, I don’t think that’s right,” Toovey said of having to win week one.
“But it is of some benefit, particularly if you’ve got a few players carrying niggling injuries.
“But again it’s not vital. It does make things a little bit more difficult but some people have the philosophy that the week off can be bad for you, so I’ll tell you in a couple of weeks’ time.”
The Sea Eagles are expected to get Brett Stewart, Anthony Watmough, Brenton Lawrence and Jorge Taufua back after all missed the loss to the Panthers.
Newcastle sewed up seventh spot with a 54-6 hammering of Parramatta on Sunday, but were forced to wait on the result of Cronulla’s game against Canberra late Sunday evening to determine whether they would play their elimination final against the Sharks on Saturday night or Canterbury on Sunday.