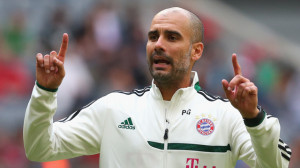 It has been revealed that  English FA turned down an opportunity to interview former Barcelona coach Pep Guardiola for the National team job as a manager. According to the Daily Mail report,the English FA bypassed the two time Champion league winner because they targeted an english manager to handle the team.

Pep Guardiola has an impressive record as manager, having won two Champions League titles at Barcelona as well as three La Liga titles and several cup competitions. According to the Daily Mail, Guardiola was interested in the vacant England job after leaving his post as Barca manager and was informed that whoever the FA assigned would need to be in place for the European Championships in 2012.
Hodgson was instead selected and Guardiola took a year out from management before taking over at Bayern Munich this summer.
He took no time in winning a trophy, beating Chelsea in the Super Cup on penalties at the end of last month.