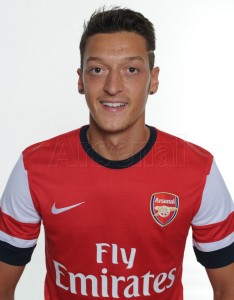 Ozil has rarely been out of the headlines since completing a transfer deadline day move to Arsenal for £42.4 million from Real Madrid, with the player himself saying that he felt Madrid had not shown enough confidence in him, Blancos fans voicing their dismay at the departure of one of their team’s best attacking players, and some sources close to the Bernabeu club claiming that the German international’s professionalism had dipped.
Barcelona playmaker Fabregas — who knows the Premier League well from his own seven seasons playing in the competition for Arsenal — added his voice to the throng by telling Al Primer Toque that he had no doubts Ozil would be a success. “I believe Arsenal will be a perfect fit for him,” Fabregas said. He will enjoy himself a lot in the Premier League. It is a league with lots of spaces, and he is a player that will kill you if you give him space. We already saw that at Real Madrid, he plays a brilliant final pass. I believe he will enjoy himself a lot in England“.