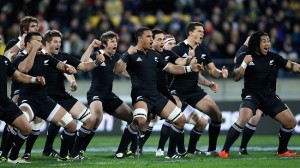 All Black coach Steve Hansen has made five changes in total to the team that beat Argentina for this week’s Rugby Championship clash against South Africa’s Springboks at Eden Park in Auckland. Regular captain Richie McCaw misses the match due to a knee injury and his place has been taken by Sam Cane on the openside flank in only his ninth test match, while Liam Messam will replace Steven Luatua on the blindside as the New Zealand selectors attempt to compensate for the loss of McCaw’s experience and physicality.
The remaining backrower, Kieran Read, has been given the captaincy in the absence of McCaw, who sustained medial ligament damage during last weekend’s 28-13 win over Argentina.Apart from the changes to the backrow, tighthead prop Owen Franks and inside center Ma’a Nonu return from injuries while Dane Coles will start at hooker in his ninth test, replacing Andrew Hore.
All Blacks will face Springboks on saturday.