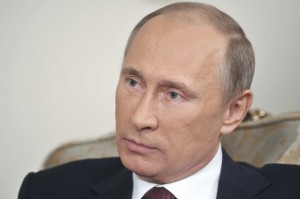 Russian president Vladimir Putin has ordered officials to quickly overcome failures and delays in preparing the 2014 Sochi Winter Olympics and said he expected nothing less than a ‘brilliant Games”, reports Reuters.
“Despite the large amount of work that has been done – it’s a simply colossal amount – there are ongoing failures and delays which in general are normal for such a big job,” Putin said with the Games just five months away and the venue still resembling a construction site.
“But I want to draw your attention to the start date for the Games and the fact that we cannot move it. In order to cope with this problem, you need to work very effectively.”