First night of the Champions League on Tuesday with a rain of goals in the eight games in the program. How have the African internationals included behaved? Overview. 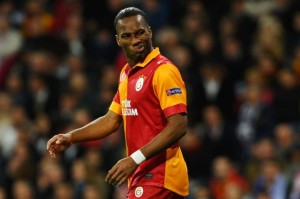 Tenured as three other Africans, Didier Drogba had a nightmare against Real Madrid (1-6). If last season, he was the hero of this confrontation in the first leg , the Ivorian was this time well muzzled by the pair Sergio Ramos-Pepe . it is then the latter who hit him in the 45th minute. A serious shoulder injury forced him to give up his place. Emmanuel Eboue , Aurélien Chedjou and Dany Nounkeu in defending the Istanbul club drank the cup in front of Cristiano Ronaldo on fire. Only head out of the water, Nordin Amrabat . the Moroccan entered in the second half was the author of the assist for Bulut .

Whenever Yaya Toure scores is still impressive. The Ivorian midfielder of Manchester City scored again on Tuesday against Viktoria Plzen. His shot from the 53rd minute from outside the area is one of the best goals of this first evening. As a result, a nice 3-0 victory for the Citizens.

Olympiakos and its colony drown!

They were two in this section. Gaetan Bong and Carl Medjani lined up in defense of Olympiakos Piraeus drank the cup in front a burning attack of PSG (1-3). The Cameroonian (yellow card ) and the Algerian were later joined by the Malian Sambou Yatabaré with little success. The Congolese Delvin Ndinga remained on the bench.

Tough night for Juventus. Led from the 14th minute, the Old Lady ran behind the equalization and got it in the 76th. An achievement of Quagliarella. Ghana’s Kwadwo Asamoah has remained on the bench.

The Ghanaian Frank Acheampong very fit in Jupiler league was powerless to deal with Benfica . Anderlecht was beaten 2-0 in Portugal, despite the presence of the 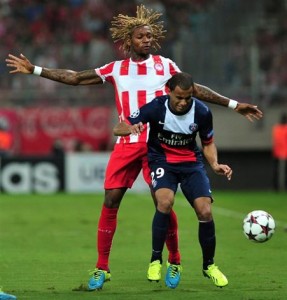 Senegalese Cheikhou Kouyaté in the defense. The Ivorian Gohi Bi Cyriac also participated in the meeting (entered in 76th minute).

Ahmed Musa has probably had to learn things after this C1 evening. The Nigerian tenured against Bayern Munich scarcely hit balls. Facing a rough Bavarian defense, he also had to give way in the 74th minute. CSKA lost 0-3.