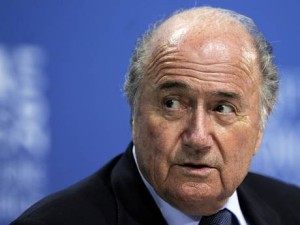 The former striker passed away at his home on Monday morning in Takoradi in the Western Region of Ghana.

“I would like to express my deepest condolences on hearing that former Black Stars captain has passed away,” FIFA President wrote in the letter to the GFA chief.

A fine attacker, Quarshie represented Ghana at the highest level and captained the Black Stars to win their fourth Africa Cup of Nations title in 1982.

Blatter hailed the contribution of Quarshie to the success of the game in Ghana.

“He served the game with great distinction and success, both as a player and coach, captained Ghana to their fourth Africa Cup of Nations victory in 1982, and was no doubt an inspiration to your country’s current exciting crop of players,” Blatter wrote.

Quarshie, who also captained Hasaacas during his playing career was decorated the Ghanaian top-flight’s top scorer in 1980 before stints in Saudi Arabia and with Egypt’s Zamalek.

After retiring, he then made the transition to coach and handled Hasaacas, Berekum Arsenals, B.A United, Bofoakwa, Ebusua Dwarfs, All Blacks and Wa All Stars.

“On behalf of the members of the international football family, I should be grateful if you could extend our deepest sympathies to Emmanuel Quarshie’s family, friends and loved ones,” concluded the FIFA President’s letter to Nyantakyi.