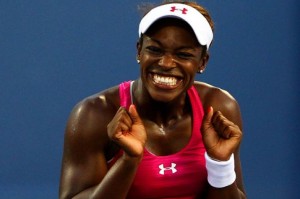 Sloane Stephens (13th player in the world) held her rank for her opening match at the tournament in Tokyo. The American, seeded No. 9, has spent less than an hour on the court to dispose of Switzerland’s Stefanie Voegel (54th in the WTA) in straight sets 6/3, 6/2 in 59 minutes exactly.

In the next round she will cross the racket against the winner of the match between the Canadian Eugenie Bouchard and the Puerto Rican Monica Puig.

Tokyo will not see Serena on the court during the week, but can expect a return on the forefront of Venus. In the shadow of her younger sister, due to a persistent back pain, Venus Williams has quietly qualified for the next round. The American 33-year-old overwhelmed the German Mona Barthel (World 23rd), 6/3, 6/1. Fell to 62nd rank in the world, the former World No. 1, in the second round will face top-seeded No. 1 Victoria Azarenka (second in the world).