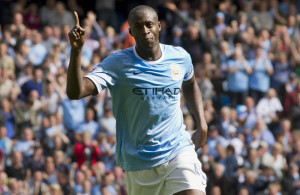 New weekly review of the performance of African internationals in the five major championships in Europe. This week Yaya Toure is again in the spotlight. Special mention to his compatriot Didier Drogba, magic in the derby against Besiktas in Turkey and a wink at the Senegalese Moussa Sow who made a triple with Fenerbahce .

Hull City can say thank you to its two Africans. Faced with the French army of Newcastle, the promoted the ripped the three points on Saturday thanks to the equalization of the Egyptian El Mohammady then the winning goal by the Nigerian Sone Aluko.

Sunderland sacked Coach Di Canio on Sunday. Blame it on its former player Stephane Sessegnon . on Saturday, the Beninese found his former club when he played his first game with West Bromwich . He scores and sets the tone for a 3-0 victory of Baggies .

The Manchester derby has kept all its promises. But it is to the blue sky side of the city that the victory has turned. City has slaughtered United 4-1. And once again, the Ivorian Yaya Toure proved decisive by scoring the second goal for his team just before the halftime. This is his third goal of the season in the Premier League.

After 185 Premier League games, John Obi Mikel found paths to nets. The Nigerian completed the victory of Chelsea over Fulham 2-0 and gives a breath of fresh blow to his manager Jose Mourinho.

If Levante managed to snag a point on the lawn of Almeria, it is especially thanks to its Africans Nabil El Zhar and Pape Diop Quli . The Moroccan and Senegalese have allowed the club of Joaquin Caparros to restored a 2-2 parity.

The duel between the Boateng brothers turned to the advantage of the Ghanaian. Bayern Munich blowed Schalke 04 with 4-0. Therefore a disappointment for Kevin Prince Boateng. But he will nevertheless keep the smile. He found his brother Jerome.